While looking through some old slides recently, I came across a picture that threw me back into reflection of why we are created.

On a trip through Florida, March 1975, 3 months after Dennis and I were married, we randomly stopped at a small no name city to view their tourist-trap dolphin show. Cape Coral, Florida.  We never gave it a second thought.  Only God saw what was in our future in this soon to be burgeoning region.  God had already put a passion and vision in our hearts to make a difference in this world, by planting a relevant church that would meet the needs of families who were disconnected from God.  Our passion to raise a family who above all else, loved God and loved people, extended to influencing the families around us.  God must have winked at Jesus, seeing our role in the future of Cape Coral, Florida.

“What would you attempt to do if you knew you could not fail?”  When I read these words on one of my favorite coffee mugs, I can only thank God for seeing Dennis and I from birth, placing a purposeful calling in our lives individually, then bringing us together from the opposite sides of the country to fall in love.  The rest is history…HIS STORY. 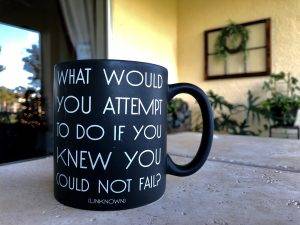 This September we will again be hosting a tour to Greece, Turkey and Rome, visiting the ancient sites where a man in history impacted the world up to this very day with his passion.

Saul was educated by Gamaliel, history’s most famous Rabbi.  Saul was so passionate about upholding the Jewish code and laws, that he made it his mission to arrest and imprison a new group of Jews who were following after a new Rabbi, Jesus of Nazareth, who it was said died on a Roman cross and came back to life 3 days later.  Jesus was a contemporary of Saul, yet Saul had never met him face to face.  Now Jesus was gone…

We first hear of Saul in the biblical book of Acts, where he was a witness and participator in the stoning death of a Christ Follower named Stephen.  It is told in the story of Stephen’s death, (Acts 7) that Stephen saw Jesus in heaven stand to welcome him home, as was uttering his last words on earth.

Jesus also saw Saul that day!  An educated man of passion, a leader of leaders, holding the coats of the men throwing the stones.  The interesting twist is that while Saul of Tarsus, Asia, began living out his passion “saving the Jewish law” by imprisoning and murdering Christ followers, God saw the full potential in this man and went after him.  Read the dramatic story of Jesus stopping Paul while on his way to Damascus to arrest the Christians there. (Acts 9).

What changed?? When Saul met Jesus, he discovered his purpose in life.  He discovered the real reason he was so passionate about “religion.”  His life was designed by God to turn “religion” into a relationship with God through Jesus.  God used Saul’s past education and experiences to prepare him for a dramatic life as a Church Planter.

Saul soon became known as Paul in his new life.  It is through Paul that the first churches were “planted” in Asia and Europe, and Christianity spread through the known world. Historical and Biblical records show Paul probably started close to 20 churches himself, with many more born through his apprentice leaders. And until this very day, we read the letters of encouragement he wrote to many of the churches he started.  These letters comprise almost half of our Bible’s New Testament.

In the letter Paul wrote to the Christian’s in Ephesus, he says,  “It’s in Christ that we find out who we are and what we are living for.  Long before we first heard of Christ and got our hopes up, he had his eye on us, had designs on us for glorious living, part of the overall purpose he is working out in everything and everyone.”  Ephesians 1:11-12  (Message version)

Paul was speaking from his experience. It wasn’t until Paul met Jesus that he found true significance in life.  The created met the creator, and discovered his purpose in life.  So it is with each of us, God’s created beings.  He has a purpose for each of us and gifts us accordingly.  We each are a part of history…HIS STORY.

“What would you attempt to do if you knew you could not fail?”  When I read these words on my coffee mug, I can only respond with a grateful spirit,  “Plant a church that makes a difference in the lives of families for eternity!”

Find your place in HIS STORY!

Cape Christian in Cape Coral, Florida…2018. A God given vision is reality 43 years later.   Invest in your passion now!  God will bring the results.

This site uses Akismet to reduce spam. Learn how your comment data is processed.

TransforMissional Travel is not a travel agent or a for-profit business.  We only organize and host the tours listed on this website out of our passion for inspiring transformissional living thru travel. We volunteer our time with no personal financial gain other than some collateral travel benefits.